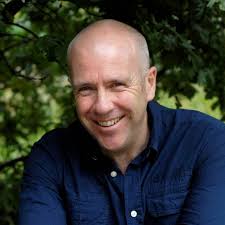 According to a recent ABC news report "Man Booker Prize winning author Richard Flanagan said he was mystified by a decision by the Perth International Arts Festival (PIAF) to disinvite him to a speaking engagement in the city.

Mr Flanagan, who has recently published his first book since winning the Man Booker Prize in 2014, said he was invited to Perth for a festival umbrella event to be held this week, but the invitation was withdrawn."

Well, Richard, please be assured there is nothing The Tamar Valley Writers Festival would like more than for you to reconsider the invitation we recently sent to be a guest at our 2018 Festival. It would be an honour and a privilege to welcome you to next year's Festival!