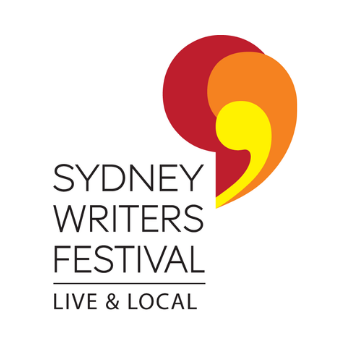 We are thrilled to announce that we are once again bringing the Sydney Writers’ Festival to the Star Theatre, Invermay, this year!

One of Australia’s best-loved forums for literature, ideas and storytelling, Sydney Writers’ Festival will be streaming its headline events from Carriageworks in Sydney direct to the Star Theatre's big screen on Saturday May 1 and Sunday May 2.

We are inviting you to be part of Live & Local, streamed live by Sydney Writers’ Festival and delivered locally to Launceston's Star Theatre.

Prepare to be engaged by conversations, debates and discussions as the Festival brings some of the world’s finest authors to Launceston in real time. As well as hearing new ideas from great thinkers, audiences have the opportunity to participate in Q&A sessions at each event, sending questions direct to the stage.

Bookings through Star Theatre on 6333 1190 and startheatre.com.au

Don't forget that the Star Theatre offers light snacks and beverages.
Our partner Petrarch's Bookshop will also be on site with a popup book store and the featured authors' books for sale.

Richard Flanagan is a legend of Australian letters. His much-lauded novels are published in 42 countries. He won the Booker Prize for The Narrow Road to the Deep North and the Commonwealth Prize for Gould’s Book of Fish. His latest book The Living Sea of Waking Dreams offers a tender, haunting portrait of a world disappearing around us. With ABC's Laura Tingle, he reflects on capturing in words the things we’re losing.

George Miller is a legend of cinema. From Mad Max to Babe to the recent triumph of Fury Road (with a Happy Feet or two along the way), it’s hard to think of a more revolutionary creative figure in Australia today.

Greatly missed on TV screens, the nation’s favourite film critics Margaret Pomeranz and David Stratton reunite in a special event discussing movie adaptations of Australian books. The famously sparring duo settle back into their critics’ chairs to offer their top five standout movies that do justice to the original text, the five-star films that bested the books and the flops that lost their lustre when transposed from page to screen.