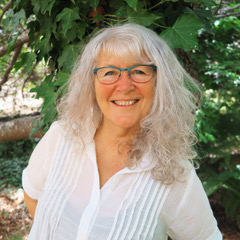 Dr Shirley Patton grew up in outback Western Australia and now lives with her partner in wine-growing country overlooking the beautiful Tamar River, Northern Tasmania. She left an academic career as a social work lecturer and published researcher on family violence over a decade ago to write fiction full time. Since then, she has had a number of short stories published in a variety of literary publications, and her debut novel, The Secrets We Keep (2018), by HQ-Harper Collins.

It’s been three years since Harper Collins published my debut novel, The Secrets We Keep. My recently completed Young Adult historical/legend novel, set in 5th century Cornwall, is now with my agent. Now I’m working on my second adult novel, set in 1860s northern Tasmania, based on real events. Parallel to that I’m gathering research material on a controversial issue, for a contemporary story, that’s bubbling away in the back of my mind.

It inspires me. I’ve lived in the Tamar Valley overlooking the Tamar River for almost thirty years. I love the sense of community and I’ve been involved with the writers’ festivals in the Tamar Valley since the first one at Beaconsfield, as a volunteer, and more recently as a guest author. Over the past decade of writing, I often walk along the river, stopping halfway at Lone Pine Point to reflect. The tidal river with its ever changing moods, the distant mountains, sometimes purple blue, other times snow tipped, seep into my writing, enhancing my creativity.

Notions of ‘truth’: the way stories come down through time, rightly or wrongly. Choices: the making of them, the justifying of them and how we live with them interest me, and how that intersects with women’s lives and their sense of agency (or lack of). The idea of hope informs most of what I write about — I’m a born optimist and believe in the goodness of humanity.

From my writing desk, I overlook the Tamar River, with a jetty in the foreground, mountains in the distance. My writing habit is usually Monday to Wednesday (except when on a deadline, when it’s seven days a week!). My room is furthest from the hub of the house with the door shut. I’m not one of those writers who can write in cafes, too much distraction — I disappear into another space and need the solitude. My large desktop computer sits upon a black see-through surround desk that reflects the sky through the window — which throws me sometimes when a bird flies by! My black chair is ergonomic — a sore back is a job hazard when you lose track of time writing! Butcher’s paper with timelines and key chapter points cover one wall; floor to ceiling bookcases line either side of the window. The walls are painted wisteria, the same colour as the sofa alongside my desk. Either side of the desk sit a printer and filing cabinet. Upon the desk are a few sentimental objects, along with a flowering cactus. On the return are piles of research papers, stacks of relevant books, notebooks, and print outs of my work in progress. As inspiration, I stick up pictures of my characters (historical and fictional) and the story locations on the sides of the bookcases.

5. Finish this sentence, "The thing I love the most about being a storyteller is..."

…expressing the creative aspect of myself. Entering into a storytelling space satisfies that urge for me. Having the opportunity to share those stories is a privilege for which I’m grateful! Beyond that, being a storyteller allows me to bear witness to a time and place.

Oh, too many to choose from — I probably read one or two books a week. So here’s four, all Australian authors:
Tara June Winch’s hauntingly beautiful The Yield;
Tasmanian author, K M Kruimink’s A Treacherous Country - the story of a quixotic character;
Pip William’s lyrical The Dictionary of Lost Words;
and most recently, from one of my favourite authors, Susan Johnson’s epistolary novel From Where I Fell.