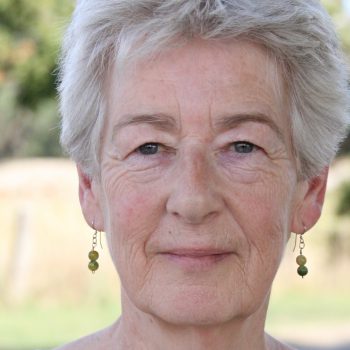 Anne Layton-Bennett was born in England, and moved to Australia in 1977. While she has always been an inveterate letter writer, she only got serious about writing professionally in 1994, after the sale of the florist business she and her partner owned. Her work has since appeared in a number of newspapers and magazines both in Australia and overseas, including The West Australian, The Weekend Australian, Famous Reporter, Island, Tasmanian Boating and Fishing, Australian Fishing World, The New Writer, Hospital & Aged Care, The Veterinarian, Tasmanian Times and Facility Management. Anne co-edited An Inspired Pursuit: 40 years of writing by women in northern Tasmania (Karuda Press, 2002), and has several essays included in An Inspired Pursuit: Volume 2, (Tatlers, 2012). Her work is also included in Breaking the boundaries: Australian activists tell their stories (Wakefield Press, 2016), and The Fabric of Launceston (Launceston Historical Society, 2016).

Challenged several years ago to try her hand at writing poetry, Anne now has a growing portfolio of poems  – some of which have been published. She still writes letters.

You can learn more about Anne on her website: www.annelaytonbennett.com

In addition to constantly seeking out and following up potential story leads for The Veterinarian, I’m also working on a book about the pulp mill campaign, and the stories of some of those in the community who campaigned so hard and for so long to ensure it never went ahead. The book is from the perspective of myself and some of the people I met during those years, many of whom are now good friends, and who agreed to be interviewed for the book.

Unsurprisingly, so far as the book project is concerned, it’s a significant influence! The pulp mill campaign really showed the extent of the deep love and commitment so many Tasmanians have for their valley home, and who were determined it would not be destroyed by an inappropriate industrial development that threatened its natural beauty and serenity. That so many people from all walks of life spontaneously came together in order to protect our amazing valley from the deadly and polluting impacts of the mill is something I think about—and am grateful for—every day. Those campaign years were undeniably difficult and emotionally tough, but I think our community has emerged stronger, more united, and richer for the experience.

How the prospect of the pulp mill exposed both community divisions and strengths, and shone an unflattering light on both state and federal governments. The campaign broke down long held social barriers and forced the Launceston and Tamar Valley community—as well as Tasmania more broadly—to open its eyes and value the environmental treasures we are blessed to have all around us. The campaign also highlighted the diversity and depth of skills and talents within the valley’s community. There was an extraordinary feeling of relief when the campaign was finally over. When the heavy, ominous mill threat lifted it was replaced by a vibrancy, and an awakening confidence and energy that allowed people to finally feel able to make plans and pursue different, and more creative, economic opportunities for our future.

4. Describe for us where you write?

I’m lucky to have my own office space in the house we moved to after winding up the flower growing business. Same road, same suburb, and closer to the river, but a smaller property. The large window adjacent to one of my two work stations allows me to look out beyond the garden to catch occasional river glimpses in between the trees. The room is far from tidy, however, despite generous desktop space to plonk books, files, notebooks and papers. The two bookshelves along one wall are chockers—one with mostly reference-type books. The two filing cabinets are full, while the built-in wardrobe that was converted to a stationery and storage cupboard by the previous owners, is crammed with 12 years’ worth of media clippings and assorted pulp mill memorabilia, among other items. Some of these files and memorabilia have recently taken over floor space to make accessing research bits and pieces easier. Also on the floor at the moment are files recently received from a friend who has been decluttering, and has offloaded her pulp mill memorabilia onto me. I’ve still to sort through them.

5. Finish this sentence, "The thing I love the most about being a storyteller is . . ."

The thing I love the most about being a story teller is interpreting interviews with scientists, researchers, conservationists, volunteers, and individuals passionate about the work they do, into more accessible stories, articles and features. Although the sometimes dense, dry scientific papers are often the basis for me interviewing people in the first place, the scientific jargon doesn’t always make for easy reading. I’ve spoken with so many fascinating individuals over the years, and nearly all have confirmed the adage ‘everyone has a story in them’. I consider it a privilege to have been given the opportunity to bring some of these stories to a wider audience.

6. What’s your favourite read so far this year?

There have been a couple, but a standout is definitely Born Into This by Launceston writer Adam Thompson. Adam is a truly gifted writer and I like to think, with his win in the writing competition that was held as part of the 2016 festival, TVWF played a part in his success. Two other memorable books have been Richard Flanagan’s Toxic — a powerful exposé of Tasmania’s salmon farming industry, and Sonia Purnell’s A Woman of No Importance. This biography of Virginia Hall, an American who established an extensive resistance network in France during World War II, and who evaded the Germans multiple times (often by the skin of her teeth and despite having a wooden leg) was a gripping read. The recent film A Call to Spy is based on the lives of Virginia and other WWII female SOE agents who played a crucial role in the war, but who have largely been overlooked and airbrushed from the history books in the years since. They were amazing and resourceful women, and not all of them survived.