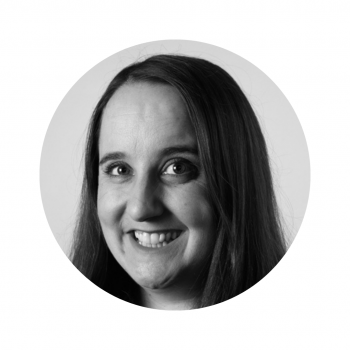 Georgie is our creative director, here at the TVWF, but you might not be aware that she is a writer in her own right. Georgie completed a Bachelor of Contemporary Arts with a major in theatre and creative writing at UTAS and has had a long-standing relationship with creative arts. During a stint in Victoria, she worked with StoryShare in script development consultancy and presented workshops and papers with Drama Victoria/Australia. Other theatrical high points include directing Something Natural but very Childish (Centrstage), Dusty - the Original Pop Diva (Launceston Musical Society), assistant directing We Will Rock You (Encore) and her production of Killer Joe for Three River, received the Best Production Award (Community) at the Tasmanian Theatre Awards in 2018. Georgie is a Drama teacher at Brooks High, is on the Three River Theatre and Friends of Theatre North committees, recently started a lively bookclub and initiated a writing retreat for fellow writers. She loves to read and write poetry in her spare time.

I recently directed Branden Jacobs-Jenkins' play Gloria for Three River Theatre and currently in my role as Creative Director of the Tamar Valley Writers Festival, we are busily getting ready for our exciting Word of Mouth festival in September. I am also in rehearsal with IO Performance for Mr Burns, A Post Electric Play for Junction Arts. I am excited to be treading the boards again but in this case the 'boards' will be hidden in the Elizabeth Street Car Park! Amongst that glorious chaos I am always writing: writing poetry in the wee hours, writing scripts for my students...writing school reports for my delightful Brooks High students.

I was born in Beaconsfield, and the Tamar Valley has always been home. Whether that was fishing on the jetty at Beauty Point at the mouth of kanamaluka/River Tamar, or standing on the banks at Deviot to get married. More broadly the Tasmanian people and landscape has always influenced my writing. A musical I co-wrote and toured Tassie with, Happy Me, centred around four distinctly Tasmanian voices, with my character inspired by the late pioneering Tasmanian politician Sue Napier, my dear neighbour growing up in the West Tamar. I have also co-written a youth theatre play called One, Two, Three, Home with the title born out of the joy of playing outdoor games with my siblings.

Themes and ideas I find myself scribbling around are: What does it mean to be Tasmanian? A female? What does it feel like to grow up, to be in love, to raise a young person? My writing is generally centred in reality, which baffles me, as my favourite genre is fantasy. Recently I performed one of my own poems at a female focused 'Grand Poetry Evening' with Theatre North. I had written a piece about the experience of a women in post war England called Atomic Lady Bomb, inspired by a story my mother tells of gatling guns hitting the cobblestone of Brighton (where my family is from) and barely missing my uncle's pram.

I write in bed at 2am when I'm not asleep. Or I write sitting in the library, awkwardly, so as to give myself a glorious neck ache. I don't like desks. I like my body parts to fall asleep with the effort.

5. Finish this sentence, "The thing I love the most about being a storyteller is..."

Hopefully growing empathy in my audience. Showing them a slice of reality they may not have considered.

I was very impressed by Adam Thompson's Born into This with 'Kite' and 'Morpork' and 'Honey' my favourites of his short stories. I had the pleasure of recently reading Kate Gordon's delightful fantasy Ballad of Melodie Rose. In the past few months I have also smashed some classics in George RR Martin's Fevre Dream and Possession by A.S Byatt and currently I'm reading Magician by Feist. I started a bookclub a few years back and the theme this year was 'Books released the year you were born' and it's been a pleasure going back over some epic titles. But my absolute favourite read of 2021 and possibly all time has been The Invisible Life of Addie Larue by VE Schwab.