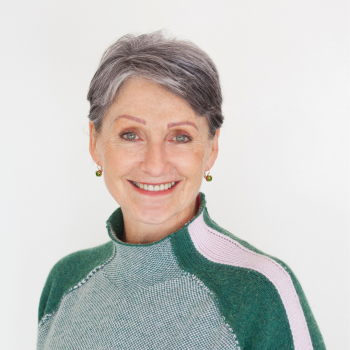 Karen Mace is an author, novelist, book coach, editor and proofreader. Karen has published two non-fiction books on grief, titled Healing Begins in the Heart (2014) and A Grief Revealed (2021). She has just completed her first novel, The Zumba Class.

In another life, Karen was a psychotherapist, counsellor, nurse and educator — and all the skills from those roles have informed her writing. Karen was born in Melbourne, Australia, but considers herself a native of Tasmania where she has lived for most of her life, except for the years she and her family lived in Costa Rica and Ecuador, South America.

I’m working on a few things. The main one is a revision of a memoir I wrote in 2014. The book, Healing Begins in the Heart, wasn’t something I planned to publish. I wrote it because writing is how I process things and I needed to process the loss of two of our daughters. They died in 1993 and their deaths threw me into a spiritual wilderness that lasted for 13 years. It was after I turned back to God that I began to write about what happened. Once I started it became a journey into my own childhood as well. I did publish the book, but when I did, I hadn’t dealt with the grief associated with the loss of Ileana and Sarah.

Last year in November, the month in which they died, I realised I had more grieving to do and out of that came a book of stories about grief, A Grief Revealed. Then earlier this year, as I was writing A Grief Revealed, I felt that I wanted to revise the memoir, to add to it a little of what I have learned about grief in the years since it was published. The revised book is called Looking Back Moving Forward. There’s also a companion workbook to go with it.

I’m also working on a novel. It’s women’s fiction, and the working title is The Zumba Class, about a young woman who can’t face her grief when her best friend is killed in a car crash. She runs from where it happened, leaving her job as a nurse, back to her hometown where she teaches Zumba. She finds home is not the haven she hoped for. Devastating revelations about her family compound her grief and she must decide if she will finally face it, or if she will keep running.

As well as writing I am a book coach, editor and proofreader, so I always have one or two things on the go in that area too.

The Tamar Valley has always drawn me. When we first came back from overseas, we used to come out to Grindelwald to stay with friends, and we often said how much we would love to live in this part of the valley. A few years later we bought our home and have been here now for nearly 20 years. We love it. While the valley itself doesn’t feature in my writing, there’s a special calming influence that you feel as you leave Riverside that wraps itself around the West Tamar. That’s what influences my writing. As I walk, the clear, open skies, the fresh, crisp air all contribute to my thinking about what comes next in whatever piece of work that’s uppermost in my mind. A novel I have yet to get back to does feature parts of the Tamar Valley, and other parts of Tasmania too, but for the most part, I don’t intentionally write the valley into my work.

Themes that I find continuing to pop up in my work are:

How does grief show up in people’s lives? What do they do with it when it does? How do people work with grief? Is it possible to journey with it, without fearing it? Forgiveness is another. Why is it so hard to forgive? What happens when we refuse to forgive? What do relationships look like when forgiveness is freely given and is mutual? Can there be restoration?

Other themes that surprised me when they began to appear in my work are those of domestic violence and coercive control and how they interact with the themes mentioned above. Floating through my fiction I also see the theme of childhood trauma and the influences of this on adult relationships – again, these are bundled up in the themes of grief, loss and forgiveness.

I write in two places. When I need the internet, I write in a big room that also serves as the room for my work as a counsellor. There are large, floor to ceiling windows all along the wall. I look out onto tall, old, gum trees and black wattles that tower over smaller shrubs and vines and hide me from the many houses on a hill not far away. I feel cocooned and safe. It’s a great creative space. But even better is my writing shack, built for me by my husband. It’s a 2x2 metre lined and carpeted haven. I have a desk, a bookcase, a kettle and tea, and a bean bag. It’s where I write when I want to be completely focused and undisturbed. There’s no internet, and I leave my phone behind when I slip over to the shack.

5. Finish this sentence: "The thing I love most about being a storyteller is..."

The thing I love most about being a storyteller is that story opens up possibilities and causes people to dream dreams they might never have thought possible. I’ve seen how story can change a person’s life and to have them tell me that I, as a storyteller, have done that is amazing. I love being a part of it all.

My favourite read so far this year is Left to Tell by Immaculee Ilibigiza. It’s an incredibly hard book to read because it is Immaculee’s story of surviving the Rwandan holocaust. However, despite her story being a reminder of how evil man can be, the book is at the same time hope-filled and powerful in its message of forgiveness as essential to healing. Another I really love is The Beekeeper of Aleppo. It’s a beautiful story of unspeakable pain and loss, of bravery and compassion and, like Left to Tell, it leaves you shaking your head at the amazing resilience of those who suffer unspeakable hardships.