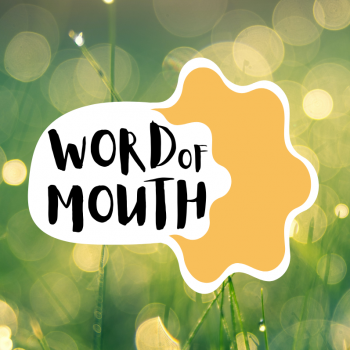 Word of Mouth on September 9-11 is a 'taste-plate' of conversations, readings, performance and workshops that will challenge, inspire and entertain all those who share a passion for the written word and storytelling. Join us at multiple venues across the Tamar Valley and graze your way through a literary feast!

Word of Mouth pop-up festival will continue on Saturday September 11 with events at Tamar Valley Resort in Grindelwald.

Click HERE to book your tickets.
Places are limited due to Covid-19 restrictions, so be sure to secure your place early.

Meet the Word of Mouth Line-up Victoria Madden is a producer, writer and showrunner with over 25 years experience in the television industry both in Australia and overseas. She has worked as writer and showrunner on such shows as Halifax fp (Aust), The Bill (UK), Trial & Retribution (UK), The Clinic (Ireland), Water Rats (Aust) and K9 (UK) to name a few. She was also worked as the writer of Blood Brothers, a 90- minute true crime telemovie for the 9 Network and Playmaker media.

Through her own Production Company, Sweet Potato Films, she co-created, co-produced and wrote the critically acclaimed TV series, The Kettering Incident, followed recently by The Gloaming.

The Kettering Incident has been Foxtel’s highest rating drama ever and been critically acclaimed in Australia and is currently showing in the US and the UK to rave reviews. BBC worldwide has distribution rights.

The recently released supernatural crime series The Gloaming, set once more in her beloved state of Tasmania, has been an 18 million-dollar production in collaboration with John Molloy from 2Jons, STAN and ABC Studios US/Disney.

The Gloaming was released on STAN in January 2020 to excellent reviews and is being distributed world-wide by ABC (US)/Disney. Kyle Perry is a drug and alcohol counsellor based in Hobart, Tasmania. He has grown up around the Tasmanian bush and seas, with the landscape a key feature of his writing and his spare time. He loves the sea, and his entire leg is covered in ocean tattoos. Alan Carter was born in Sunderland, UK. He immigrated to Australia in 1991 and now lives just south of Hobart. He sometimes works as a television documentary director. In his spare time he plunges into the icy Tasmanian waters for fun. He is the author of four Cato Kwong novels – Prime Cut, Getting Warmer, Bad Seed and Heaven Sent and the Nick Chester novels, Marlborough Man and Doom Creek, set in NZ. Crocodile Tears is the fifth in the Cato Kwong series. Alan won the Ngaio Marsh Award for Best Crime Novel (2018), the Ned Kelly Award for Best First Fiction (2011) and was shortlisted in the UK Crime Writers’ Association Debut Dagger Award (2010). Dr Danielle Wood is a senior lecturer for the University of Tasmania and a writer of astonishing diversity. Her transformation across various genres of fiction and non-fiction, short stories and novels, or writing for adults and children, is perhaps matched only by her reinvention of self as she hops seemingly effortlessly from one identity to another, including as one half (with Heather Rose) of Angelica Banks, the author of the Tuesday McGillycuddy Adventures, and as Minnie Dark, the woman behind Star-Crossed and her latest release, The Lost Love Song. Dr Stella Kent’s musical Marjorie Unravelled (chronicling the life of Tasmanian housewife superstar Majorie Bligh) will premiere on September 9, kick-starting our pop-up festival Word of Mouth. It is one of fifteen plays she has written. The award-winning Tasmanian writer has taught at the University of Tasmania’s school of performing arts and has been a Playwright in Residence at the Queen Victoria Museum and Art Gallery in Launceston, where she produced Tamar Tidings, a community play produced on a specially built barge with a cast of 130. Jeremy Torr has worked for over 30 years as a journalist, editor and freelance writer in England, Singapore and Australia. He has developed a range of writing and editing skills across print, web and spoken word formats while working at the likes of Discovery Channel, Forbes Magazine, The Age, South China Morning Post and Readers Digest. Originally from the UK, he has worked on stories from across tech, finance, travel, sustainability and recreation sectors. As director of The Storytelling Festival, he is a massive fan of the spoken word but, as a working editor, understands more than most the value and attraction of a well-polished written story, no matter what the content or topic. Tansy Rayner Roberts is an award-winning author and podcaster who writes science fiction and fantasy under her own name, and Tasmanian-set murder mysteries under the name Livia Day. She is a graduate of the University of Tasmania with a PhD in Classics. Livia Day's mysteries include A Trifle Dead, Drowned Vanilla, Keep Calm & Kill the Chef and a brand-new novel about murder and second hand fashion, Dyed and Buried.