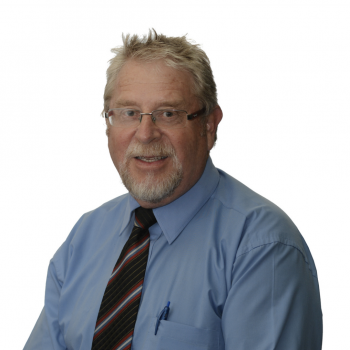 Julian Burgess is the author of nine non-fiction books including Holyman's Of Bass Strait: Shipping and Aviation Pioneers of Australia; Home of Peace, The Eskleigh Story; The Tamar Yacht Club, a history of sailing in Launceston from 1837; A Woman Of Charity, the biography of Launceston philanthropist Mrs W. D. Booth; Duck Reach And Launceston’s Electric Light; William Gow’s Anzac Diary; The Outcome Of Enterprise, Launceston’s Waverley Woollen Mills; and Cruel Wind (with Robert Matthews) on the 1998 Sydney To Hobart Yacht Race Disaster. Julian is a former Associate Editor of the Launceston Examiner newspaper where he edited and wrote many of The Examiner’s annual historical supplements between 2006 and 2014. He has written hundreds of articles on Tasmanian history and contributed to a number of local historical publications. You can find out more at www.julianburgess.com.au.

I’m currently editing and preparing for publishing a history of a Launceston business which will celebrate its 130th anniversary next year. The survival of this business has been closely tied to the fluctuating economic fortunes of industry in Launceston.

The manuscript combines photos and recollections from several generations of the family involved in the business and tells the story of important industrial developments in the Tamar Valley and further afield.

I also like to write articles on topical subjects for the Launceston Historical Society’s OUR HISTORY series that runs in the Sunday Examiner.

My family had a small orchard on the edge of the Tamar River at Kayena in the 1950s and that’s where I lived as a young child.

My earliest memories are of ships passing our house, our neighbour Cliff Brown’s cod boat moored off our jetty and apples and pears being picked and packed for shipment to interstate and overseas markets.

I’ve lived most of my life in Launceston and the Tamar Valley and love telling the stories of the people and activities that have shaped our region.

Local history is what interests me. As one of the earliest European settlements in Australia our region was highly influential in national affairs in the 19th century and into the 20th century. I like telling the stories from this period of our history.

I do have a study with all my books arranged in bookcases and a big desktop Apple computer with printers etc where I can scan documents and photos and work on graphics but I prefer working on a laptop.

I want my writing to tell stories that recognise significant local events and people. My favourite saying comes from Richard Flanagan’s novel Gould’s Book of Fish and is attributed to William Bulow Gould:  "You don't know who you are if you don't know where you come from." I think that the more we know about our past the more we understand our present.

Well, apart from my current addiction to Jack Reacher I think Tongerlongeter: First Nations Leader and Tasmanian War Hero by Henry Reynolds and Nicholas Clements would be my favourite closely followed by The Little Skipper: Sir John Evans by Nigel Burch.